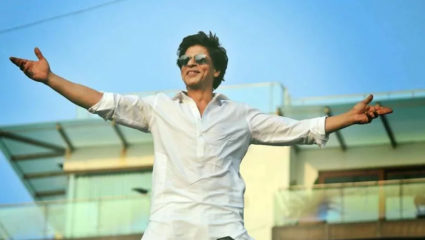 Mumbai: Bollywood King i.e. Shahrukh Khan is one of those actors who not only have crores of fans in India but also have many fans abroad. People are desperate to have a glimpse of him, even now people help others in his name only.

Actually, these days a tweet is becoming increasingly viral on social media, from which it can be estimated that how much Shahrukh’s fans are crazy about him. This tweet has been done by a woman whose name is Ashwini Deshpande. In the tweet, Ashwini told how Shahrukh Khan’s fan abroad helped her.

Needed to transfer money to a travel agent in Egypt. Was having problems with the transfer. He said: you are from the country of @iamsrk. I trust you. I will make the booking, you pay me later. For anywhere else, I wouldn’t do this. But anything for @iamsrk. & he did!#SRK is 👑

He wrote in the tweet – To travel, the agent in Egypt had to transfer money, but there was a problem in transferring money, then that agent said, you are from Shahrukh Khan’s country. I can count on you. I book. You give me the money later. I wouldn’t do that in any other case. But for Shah Rukh Khan anything, Shah Rukh Khan is King.

Let us tell you that soon Shahrukh Khan will be seen in his film ‘Pathan’. Shahrukh was away from shooting films for some time, but now he has resumed the shooting of his film Pathan.