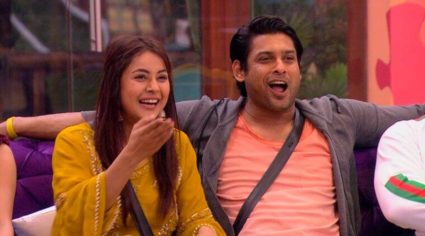 Shehnaaz Gill remembers the late actor Siddharth Shukla, says- ‘I am very strong now…’: Bigg Boss ex-contestant Shehnaaz Gill once again appeared to remember her alleged boyfriend Sidharth Shukla. Actually, recently, Shahnaz interacted with spiritual guru BK Shivani through a live session. A video of their conversation seems to be becoming quite viral on YouTube. The former contestant of Bigg Boss told in this video that ‘She always wanted to meet Shivani and expressed the same wish to Siddharth. I even intended many times to meet you once. This is the reason why I agreed to join you in this way.

Talking about the late TV actor Siddharth Shukla, Shahnaz Gill further said- ‘He was very important to me. He taught me to live and analyze. He was a trustworthy and innocent to me. Now that she is not with us, her spirit is still with me and she keeps on teaching something or the other. The actress further said- ‘I am thankful to God, he introduced me to that soul and put us together as friends so that he could teach me.’

Shahnaz said that the soul (Siddharth) came in his life. How they introduced him to new people and turned him into a stronger person. I am very strong now.’ Let us tell you, on September 2 last year, Siddharth Shukla died at the age of 40. The actor had died suddenly due to a stroke. Siddharth was also the winner of the 13th season of the reality show, Bigg Boss. During this time Siddharth and Shahnaz met. Good bonding was seen between the two inside the Bigg Boss house. Siddharth-Shehnaz appeared in many music videos after the exit of ‘Bigg Boss’ house.