Shahid Kapoor did not want the film ‘Jersey’ to be released on OTT, so the actor took this big step 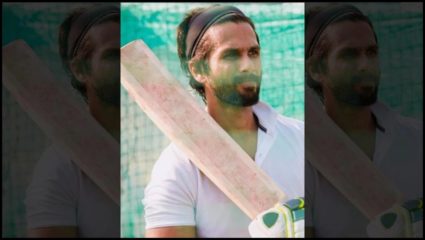 The actor is known for his cool nature. Shahid Kapoor recently announced the release date of his film. The film was set to release this Friday at the box office. But now the makers have decided to stop the release.

According to media reports, Netflix has offered a huge amount to the makers of Jersey. Which will be of great benefit to the makers. But Shahid did not let this happen. Shahid wants to see this film released in theatres. So even if they have to cut their fees, it doesn’t matter. According to media reports- ‘Due to the delay in the release of the film, it will cost a lot. Now he will be deducted from Shahid’s fee.

It is worth noting that this film has been produced by Gulshan Kumar and T-Series presented the film Bull by Guilty Association. The story and screenplay of this film starring Shahid Kapoor is written by Aseem Arora and Parvez Shaikh. Aditya Nimbalkar will direct this film. Produced by Bhushan Kumar, Krishan Kumar, Amar Butala and Garima Mehta, the film will be shot in early 2022. The film was scheduled to release on December 31.

Talking about the work front, after the success of his film Kabir Singh, Shaheed will be seen in the action film ‘Bull’. Produced by Bhushan Kumar, the film is set in the 1980s and is based on real life. Aditya Nimbalkar will direct this film, which will be his first film as a director.