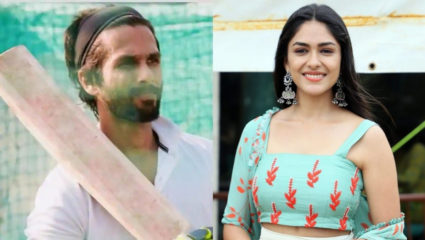 Shahid Kapoor recently announced the release date of his film. The film was set to release this Friday at the box office. But now the makers have decided to stop the release.

It is worth noting that this film has been produced by Gulshan Kumar and T-Series presented the film Bull by Guilty Association. The story and screenplay of this film starring Shahid Kapoor is written by Aseem Arora and Parvez Shaikh. Aditya Nimbalkar will direct this film. Produced by Bhushan Kumar, Krishan Kumar, Amar Butala and Garima Mehta, the film will be shot in early 2022. The film was scheduled to release on December 31.

Talking about the work front, Shaheed is going to be seen in the action film ‘Bull’ after the success of his film Kabir Singh. Producer Bhushan Kumar will produce this film. Set in the 1980s, the film is based on real life. Aditya Nimbalkar will direct this film, which will be his first film as a director.

Share. Facebook Twitter Pinterest LinkedIn Tumblr Email
Previous ArticleUrfi Javed will have to spend New Year in bed because of this, read here
Next Article Chandigarh civic polls: BJP’s big defeat in the first election after the repeal of the Agriculture Act