Sapna Chaudhary surrenders in fraud case, on this condition, the court gave relief to the dancer 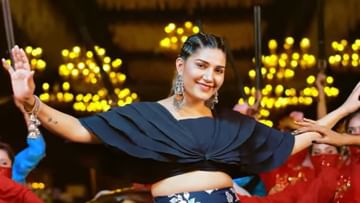 Sapna Chaudhary was produced in the Lucknow High Court on Monday, where she was taken into custody after the order of the court. Let us tell you that Sapna has surrendered in the fraud case.

Haryana’s famous dancer Sapna Chaudhary has been making rounds of the court in the fraud case for a long time. He was produced in the Lucknow High Court on Monday, where the court issued an order to take Sapna in custody. Let us tell you that for many years, a case of fraud was registered against him. According to the news, Sapna has surrendered in this case after appearing in the court today. A non-bailable warrant was issued against him by the court, after which he confessed his crime before the court. However, shortly after surrendering, the court withdrew Sapna’s warrant.

Let us tell you that on May 1, 2019, a case was registered against Sapna Chaudhary on charges of breach of trust and fraud. After which a charge sheet was filed in this case against 5 people including Sapna on January 20, 2019.

Sapna Chaudhary is accused that she had taken money for the dance show, but she did not reach the venue to do the show. In this case, the makers had filed a case against Sapna at the Ashiana police station in Lucknow, accusing her of cheating. Let us tell you that this case is of October 13, 2018. During that time, a dance show of Sapna was organized in a club in Ashiyana. Tickets for the show were sold online and offline.

There was a lot of ruckus when Sapna didn’t reach

According to reports, Haryanvi dancer Sapna Choudhary was sold online and offline tickets for Rs 300 per person for her entry into the programme. Thousands of people bought tickets to see this event but Sapna Chaudhary did not come there till 10 pm. It is said that there was a lot of uproar due to Sapna’s absence. After all this ruckus, when people asked for their ticket money back, they did not get it either.

Did Shah Jahan also have an illegitimate child from Mumtaz Mahal’s sister, what do historians say?