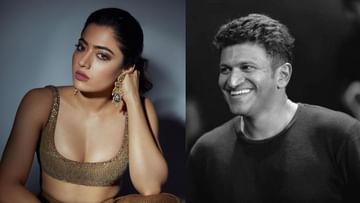 Kantara star Rishab Shetty doesn’t want to work with Rashmika Mandanna. Recently, revealing in an interview, he has said that he would love to work with South actresses Samantha and Sai Pallavi.

Rishabh Shetty Latest Interview: These days South Cinema (south cinema) dominated. It has become common for South films to get more attention than Bollywood. In such a situation, these days Kantara star Rishabh Shetty is also very popular among the people. He has won the hearts of people with his tremendous performance in his film Kantara. However, now the actor is more interested in Rashmika Mandanna (Rashmika Mandanna) are in discussion about a statement made on. Actually, he had expressed his desire not to work with Rashmika in an old interview. The video of the actor is now going viral.

Let us tell you that due to an old interview, Rishabh Shetty has remained in the headlines. In which he talked about not working with South’s famous actress Rashmika Mandanna. Now you must be thinking that why did the actor say this, so let’s remove the veil from this too.

In this viral interview of the Kannada actor, he was given four options from which he had to choose with whom he would like to work. On the basis of the option, the names of four South actresses were named in front of them, which included the names of Rashmika, Samantha, Sai Pallavi and Keerthy Suresh. Due to the reply given by the actor on this question, his interview is going viral on social media.

Samantha and Sai Pallavi are real

Please tell that the actor had said, ‘I decide my actors after completing my story. I prefer working with newcomers as they come and work without any hassle. But, I do not like these actresses. But, I love Sai Pallavi and Samantha’s work. Both of them are real artists.


Why doesn’t Rishabh want to work with Rashmika?

Rishabh used a particular word for Rashmika in which he called this type of actress. This is the reason why this video of him is becoming fiercely viral. Now only the actor can tell what he means, but it has become clear that he has no interest in working with Rashmika. On the other hand, on the work front, Rishabh Shetty’s film has performed well at the box office. The film got so much love from the audience that it even crossed the club of 400 crores worldwide.