Raveena Tandon was upset by the news of affair with her brother, after years the actress revealed 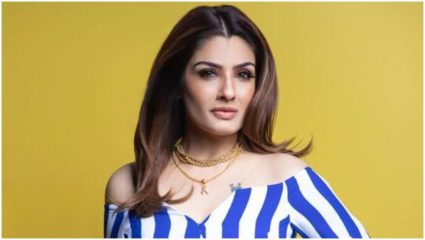 Raveena Tandon was upset by the news of the affair with her brother, the actress has revealed years later. Will come out, sometimes this news is also true and sometimes it proves to be just a rumour. Due to these rumours, Bollywood stars also have to face many difficulties. One of them is Bollywood’s famous actress Raveena Tandon, who has to face many difficulties due to gossip news. Recently, the actress has given an interview to the English website ‘Film Companion’. In this interview, Raveena has revealed the wrong rumors going on on her and has also expressed her displeasure over them.

Raveena told that once her name was associated with her own brother, due to which she lost her sleep. I remember very well when I used to go many nights without sleeping and I was afraid, this gossip had broken me from inside. My credibility, my reputation, the trust of my parents would have been torn to pieces. I couldn’t understand, ‘What is all this happening? Journalists of this magazine started linking my link-up with my own brother.

Actress Raveena, taking the name of Gossip magazine, further said that ‘a handsome blonde boy comes to drop Raveena. We have found Raveena’s boyfriend. Let me tell you, Raveena made her Bollywood debut with the film ‘Pathar Ke Phool’ released in the year 1991, after which she appeared in films like Mohra, Aunty No. 1, Dilwale, Andaz Apna Apna, Khiladi Ke Khiladi, Ladla, Shool. . Talking about Raveena’s personal life, she married Anil Thadani on 22 February 2004. Today Raveena is living a happy life with her husband and two daughters.