Nora Fatehi became corona positive, issued a statement saying- ‘At present I am under doctor’s supervision’ 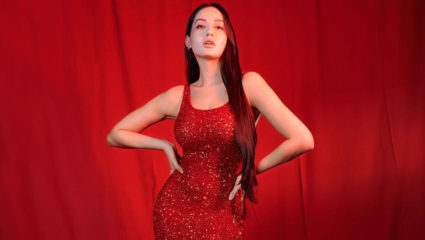 MumbaiDue to Corona, the whole country is troubled at this time. The whole world is struggling to deal with the corona pandemic. In such a situation, no one, be it a leader or an actor, is able to escape the havoc of Corona. In such a situation, recently news has come out that Anil Kapoor’s daughter Riya Kapoor, her husband Karan Boolani, Arjun Kapoor and Anshula Kapoor have been found to be COVID positive. Now Bollywood actress Nora Fatehi has also come under the grip of COVID-19. Confirming this, the actress herself has issued a statement through her team.

The statement read- ‘On behalf of Nora Fatehi, as her spokesperson, I would like to inform that Nora Fatehi has been found COVID positive on 28th December. Following protocol, Nora is currently under doctor’s care. Since then it has been collaborating with BMC for more safety and regulations.

At the same time, her team also clarified that the actress has not even stepped outside the house since she tested positive. And the pictures going viral on social media are old. The statement read, “Meanwhile, the pictures that are going viral since yesterday are from earlier and Nora has not been out anywhere recently. So we will request to ignore the old pictures.”

It is worth noting that Riya had shared a post in her Instagram story about her being Corona positive. She wrote- ‘Yes, I have turned positive for COVID despite being extremely careful. But that is the nature of the pandemic. Not sure why my or anyone’s personal health information is news or gossip. This information should only be for government and medical bodies to do their job and not on gossip sites. It’s offensive and weird.’

Riya further wrote- ‘My husband and I are in quarantine and taking all prescribed medicines and precautions. We also watched Frozen for the first time last night. it was very nice. I miss my sister (Sonam Kapoor) a lot. Everything tastes bad except chocolate, my head hurts and I’m still grateful I got it the way I did and we’ll be fine in no time. Everyone is reaching out to make sure we’re okay, we’re not too bad, thanks for checking in. I love you.’

Share. Facebook Twitter Pinterest LinkedIn Tumblr Email
Previous ArticleAmidst demand for withdrawal of AFSPA, the central government declared entire Nagaland as a ‘disturbed area’.
Next Article Will give a bottle of liquor for Rs 50 if voted to power in Andhra Pradesh: State BJP chief