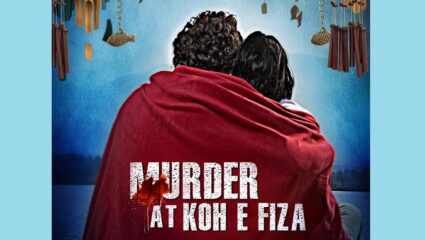 This Friday actress Shreya Narayan’s film Murder at Koh e Fiza “Shemaroo” is released on OTT, let’s know how is this film.

Husband and wife named Vikram and Kangana are living a very luxurious lifestyle in Bhopal’s posh colony ‘Koh e Fiza’. Das Babu was Vikram’s senior whom Vikram kills for promotion. Vikram gets the position of CEO in a company. He has used company funds to buy a resort in Kangana’s name and he 100 Had taken an insurance policy of Rs. The government declared his land as green zone due to which he could not build his resort on it. as was the case, Vikram went bankrupt. He fails to handle his duty of paying the amount properly and his MD expels him from the company.

Suddenly he remembers about his insurance policy. Vikram and Kangana find the policy papers and execute a plan. Vikram declares himself as a dead man and instead they kill Prasad, an innocent tea seller. Uday Saxena – An Investigating Officer, begins to sense that there is something wrong with this matter. He calls Kangana and flirts with her. Kangana only allows him to clear the insurance claim. Till Inspector Rajveer arrives at the scene. He too gets attracted towards Kangana. Kangana makes the best use of Rajveer. Vikram in this game of deceit and deceit , Kangana , Uday and Rajveer all have their own plans. The film surprises you again and again.

Diwakar Naik looks mature as a director in this film. The film surprises from beginning to end. Whenever the audience starts to understand the film, a new twist increases the curiosity again. Kangana’s character appears to be the strongest in the film. It is the biggest success of the director that Vikram, Between strong characters like Uday and Rajveer, Kangana emerges as the strongest.

what are the most important

Despite the story of the film being a tradition, you will be treated novelty It is seen that the film is initially promoted as a film based on a true incident, but on the screen you see a completely new story and all the characters of this story, The twists and turns manage to surprise you.