KWK7: Karan was going through Anxiety, Therapy and Mental Health, got help like this 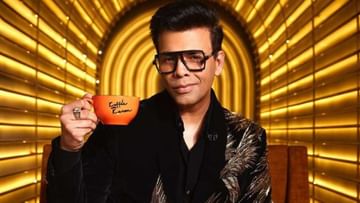 In ‘Koffee With Karan 7’, Karan Johar said during the show that, “It is not that I have not been in treatment and I have not had any problem in the past.”

In the last episode of ‘Koffee With Karan 7’, Karan Johar welcomed influencers Tanmay Bhat, Kusha Kapila, Danish Sait and Nikarika NM as his guests. During this, Karan Johar revealed about his Anxiety, Therapy and Healing. When Karan Johar was asked how he deals with all the mean things written about him online, he opened up about his mental health and how being in treatment helped him.

Karan Johar said, “I developed some kind of thick skin over the years. To be honest, it doesn’t bother me the way people think it should bother me. I totally read dirty, horrible stuff. Sometimes they even abuse children. I like that you can say whatever you want about me, my sexuality or all their conspiracy theories which are really dirty. It doesn’t really bother me and it’s not like I haven’t been in treatment and haven’t had any problems in the past.”

He further added, “I had an issue of Anxiety which I faced 5 years back and that was when I really started talking openly. You know, when I talked to my doctor he said that you are really thinking about everything so deeply that you are dealing with it, but in reality you are pushing it into a darkness and all this in some time. is about to pop up. So, he said that you should not do this. At least I started talking to people about this fact because I was not even telling people that I was in treatment and I was going through anxiety issue for 3 or 4 years.”

talked about the problem openly with people

Speaking about the treatment, filmmaker Karan Johar said, “After that post when I stopped my medication, I realized that I am feeling much better now. Because I was talking to people close to me about the fact that I got it in some way. I think every issue, be it Anxiety or Depression, is growing out of nowhere, isn’t it? Be that as it may, I’m thinking it’s because of a broken heart, but it could also be because of ABC. So now I talk more about it. However, it is also useless sometimes.”

On the work front, Karan Johar is soon going to make an action film. He is also directing ‘Rocky Aur Rani Ki Prem Kahani’, which stars Alia Bhatt and Ranveer Singh in lead roles. He is also judging the dance reality show ‘Jhalak Dikhhla Jaa 10’ these days. There are many films in Karan Johar’s Dharma Productions including Govinda Naam Mera, Yoddha.

karan johar Koffee with Karan Mental Health
Share. Facebook Twitter Pinterest LinkedIn Tumblr Email
Previous ArticleHeadmaster was forced to write an essay on Prophet Mohammed, people made it worse
Next Article IND vs SA Tickets: The demand for tickets for the second T20 is high, know how to buy tickets soon: Check OUT