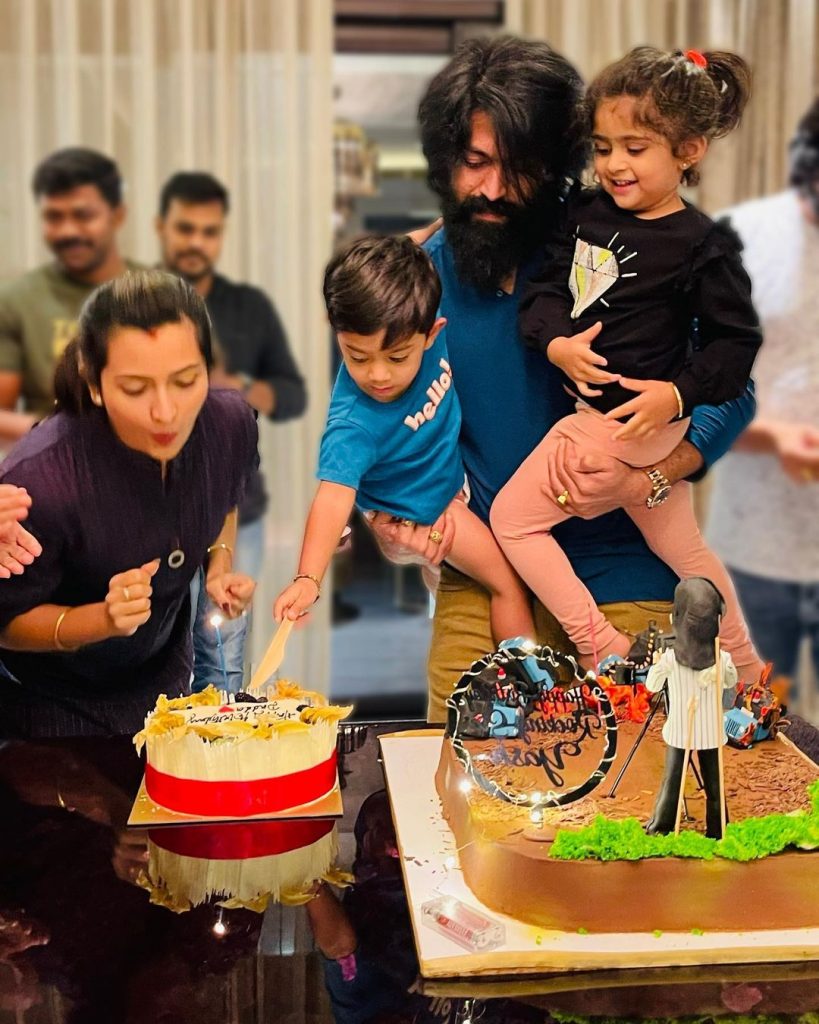 Mumbai, KGF star Yash celebrated his birthday with pomp yesterday, whose pictures he shared on his Instagram account, which are going fiercely viral at the moment, which fans are very happy to see. In this picture you can see Yash has taken both his children in his arms and his wife Radhika Pandit is also present with him.

Sharing the photo, Yash wrote in the caption that, ‘Birthday never excited him. It is the happiness that I see around me, and especially with my children, they are my life. At the same time, on this special occasion, Yash also wrote that, I want to thank my fans and well wishers for your love and blessings. Hope everyone is safe. take care.

At the same time, fans are constantly commenting on this picture of actor Yash and congratulating him on his birthday. On his birthday, superstar Yash has also given a lovely gift to his fans. In fact, on Yash’s birthday, the latest poster of Yash’s film ‘KGF: Chapter 2’ has come out, after seeing which the fans are waiting to see this film and are hoping that this film will also be the first. Will be a super hit like part.

Let us tell you, this poster has been shared by director Prashanth Neel on Twitter, in which Yash’s angry look is being seen, who is in the role of Rocky. In the background of this poster, it is written, ‘Rocking Star’. At the same time, with this poster, Prashant Neel wrote in the caption, Be careful ahead! Happy Birthday my Rocky. Apart from this, the release date of the film is written in the caption, April 14, 2022, due to which it is being speculated that the makers are ready to release this film.