In the year 2023, there will be a big bang at the box office, Akshay Kumar-Tiger Shroff pair will entertain the audience with this film 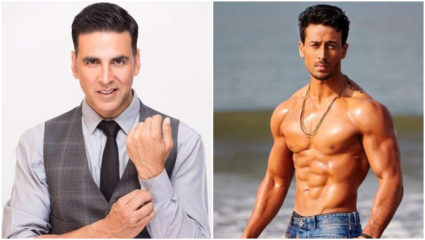 Bollywood action star Akshay Kumar Tiger Shroff will soon be seen sharing the screen together for the first time. The Akshay-Tiger duo will be seen in a pivotal role in the upcoming film of film director Ali Abbas Zafar. Ali Abbas Zafar has made all the preparations related to the film. Meanwhile, an important news related to this film is coming out. The name of this entertainment-packed film of Akshay-Tiger will be ‘Bade Miyan Chote Miyan’. Confirming the news, ETimes said that ‘Bade Miyan Chote Miyan’ will be produced by Vashu Bhagnani, Jackky and Deepshikha Bhagnani.

According to the report, ‘The film will be directed by Ali Abbas Zafar, the film is expected to go on floors from 2022. Makers want to release this film in the year 2023. When Vashu Bhagnani and Ali Abbas Zafar were asked about the film, they both declined to comment. It is known that Akshay Kumar is already working in ‘Cinderella’ with Vashu Bhagnani, while Tiger is currently busy shooting for his own film ‘Ganpath’.

Remind you, the film of this title ‘Bade Miyan Chote Miyan’ was released in the year 16 October 1998. Amitabh Bachchan and Govinda were seen in double roles in this film. This film was directed by David Dhawan. Artists like Raveena Tandon, Ramya Krishnan, Anupam Kher, Paresh Rawal, Sharat Saxena and Satish Kaushik are also ‘Bade Miyan Chote Miyan’. He was seen in an important role in the film.