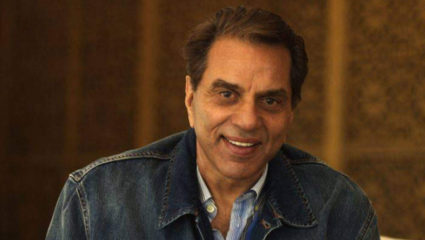 Mumbai : A user on Twitter shared a collage picture of Bollywood actors Dharmendra and Hema Malini. In one picture Hema Malini is printed on the product of Ram Pratap Chhap Beedi and in the other picture Dharmendra’s picture is printed on the product of Katar Beedi. Sharing the picture, the user wrote in his caption “When Beedi was promoted by Superstars”. It was further written “Insert some funny caption”.

To which Dharmendra replied and wrote, “Then anyone, without asking, used to print anything, good luck to these opportunists, Prashant ji, you should also be happy”. The user wrote on this, thanks for clarifying! Dharam, I am sorry. I did not know. I saw this old picture on the internet and thought the star must be promoting it. We got the answer from you, we are blessed. I have a request, write a new lion.

Bharti Singh was seen with

Dharmendra was seen in Bigg Boss-15 a few days ago with Salman Khan and comedian Bharti Singh. That day all three taunted each other.