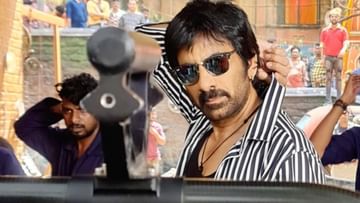 Ravi Teja Birthday: Ravi Teja, who made a special mark in the South on the basis of his acting, may have become a superstar today, but had to face financial crisis in his childhood. Ravi Teja, who earned crores, was dependent on pie-pie at one time.

South Superstar Ravi Teja Birthday: Actors are worshiped like gods in the South film industry. Superstars in the South are worth watching, although stars have to work hard to reach this position. One such superstar is Ravi Teja, who had to work hard to achieve stardom. Ravi Teja has made a special identity on the basis of his strong acting. Ravi Teja is called Amitabh Bachchan of South because of his height, cool voice and strong personality.

Discussions about the acting of Telugu film industry superstar Ravi Teja are famous in the entire film industry. Today Ravi Teja is celebrating his birthday. Ravi Teja was born on 26 January 1968 in Jagampetta, Andhra Pradesh. His full name is Ravi Shankar Raju Bhupatiraju. Ravi Teja, who has done more than 60 films in his career so far, started his film career with the 1990 film ‘Kartavyam’. He got the role of supporting artist in this film. His acting in this film did not get much notice and he stopped getting work.

From supporting artist to superstar…

Ravi met Krishna Vamsi in the year 1996 while doing small roles. Ravi Teja worked with Vamsi as an assistant director in the film ‘Nene Palladutha’. He also got a chance to do a small role in the film. Vamsi was so impressed with Ravi’s acting that he signed him as the lead actor in his next film ‘Sindhuram’. This film proved to be a super hit. The film won the National Award for Best Feature Film in Telugu and it was from here that Ravi Teja’s fortunes changed.

Ravi Teja’s childhood was spent in poverty. He was not interested in reading. In the year 1988, Ravi moved to Chennai in search of a job. When there was no work here, someone advised him to make a career in films and Ravi Teja reached to hoist his glory in the film world. The pair of Ravi Teja and director Puri Jagannadh has worked in many brilliant films. Both have given many hit films together. Which includes films like ‘Rowdy Rathore’ to ‘Kick’. Both these films have shown wonders in Bollywood as well. Recently Ravi Teja’s films ‘Dhamaka’ and ‘Waltayer Veeraiya’ have also been released. Ravi Teja is busy these days in his upcoming film ‘Ravanasur’.