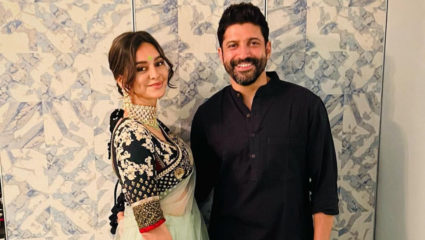 Farhan Akhtar to marry girlfriend Shibani Dandekar in March, 5 star hotel booked: Actors Farhan Akhtar and Shibani Dandekar are one of the cutest couples in Bollywood. Both were dating each other for a long time and now soon they are going to tie the knot. Both have never hidden their relationship from the fans. And many times both of them are also seen sharing their bold pictures on social media.

If media reports are to be believed, Farhan and Shibani will have a grand wedding in March this year. The couple was planning a Lavish wedding, but in view of the increasing threat of Corona, Farhan-Shibani have decided to keep their marriage private.

Will these celebs attend the wedding?

According to the Corona guidelines, not many people will attend the wedding. According to the information received, only Farhan-Shibani’s family members and some special friends will attend the wedding. Farhan and Shibani’s marriage has been postponed many times before due to the Corona epidemic. But now this couple has decided not to postpone the marriage.

Share. Facebook Twitter Pinterest LinkedIn Tumblr Email
Previous Article1950 passengers stopped from landing in Goa, Sonu Sood said – ‘We should take the responsibility of the people…’
Next Article Lokayukta reprimands BMC for delay in breaking the wall of Amitabh Bachchan’s bungalow, know what is the matter

Dheeraj Dhupar becomes the highest paid actor of TV industry, charges such a huge amount for an episode