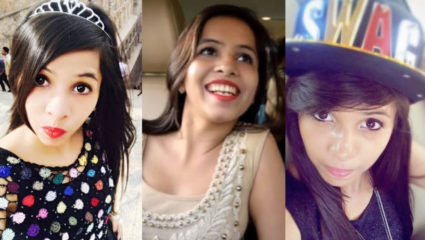 Fans were shocked to see the transformation of ‘Selfie Maine Le Li Aaj’ singer Dhinchak Pooja: Dhinchak Pooja, who has always dominated the internet world, is celebrating her 28th birthday today. He was born on 28 December 1993 in Uttar Pradesh. Dhinchak Pooja’s real name is Pooja Jain. Dhinchak Pooja wants to pursue her career in singing. However, users of social media believe that Pooja sings incoherently and does not know how to sing. But being a cool girl, she does not pay attention to these things of trolls.

Apart from pursuing her career in singing, Pooja wants to give music to Bollywood films, as well as do live concerts. Let us tell you, seeing the popularity of Dhinchak Pooja in the internet world, ‘Bigg Boss’ makers had approached her to participate in the show as a contestant. Pooja became a part of the show as a wild card contestant but she could not stay in the show for long and became homeless. In Bigg Boss house, Dhinchak Pooja was trolled due to head lice. He had a lot of fun too. But Dhinchak Pooja did her transformation after coming out of Bigg Boss house. After this his look was highly praised.

You will be surprised to know that Pooja has put Dhinchak in front of her name because Dhinchak means fun. Pooja has a dream since childhood to entertain the audience.

Share. Facebook Twitter Pinterest LinkedIn Tumblr Email
Previous ArticleHaridwar Dharma Sansad: Why the police are helpless in front of the business of hate
Next Article Director SS Rajamouli revealed before the release of ‘RRR’, said- ‘Stars bring the audience to the theater…’