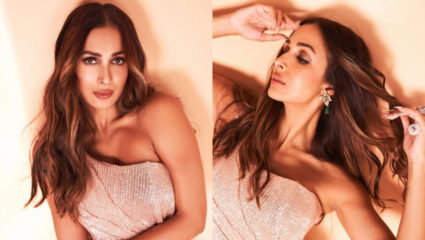 Recently, Malaika Arora has shared many pictures on her official Instagram account. This picture is becoming quite viral on social media. In this picture, Malaika is seen in a one piece pink gown. At the same time, she has kept her hair open and done bold makeup to complete her look. Actress Amrita Arora, fashion designer Manish Malhotra, actor Chunky Pandey have liked Malaika’s pictures.

Significantly, Arjun Kapoor and Malaika Arora are dating each other for a long time. Photos of the two are often seen together on social media. The bold couple of Bollywood went to Maldives to celebrate New Year.

Share. Facebook Twitter Pinterest LinkedIn Tumblr Email
Previous ArticleAngry person sets fire to bank due to non-receipt of loan in Karnataka, accused arrested
Next Article Voter Id Card Address Correction: Now there is no need to wander anywhere, your work will be done sitting at home in minutes