Ex-girlfriend Somi Ali reveals on breakup with Salman Khan, says ‘I used to love him but I got cheated…’ 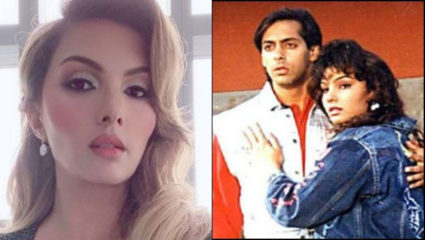 Ex-girlfriend Somy Ali reveals on breakup with Salman Khan, says ‘I used to love him but I got cheated…’ have been in. Even though Sallu Mian is a bachelor at the age of 56, but if media reports are to be believed, Salman Khan has had an affair with more than one actress. The name of actress Somy Ali is also included in this long list. It is well known that Sallu Mian’s name was associated in the early days of his career. There was a lot of discussion about the relationship between the two.

Meanwhile, Somi Ali has surprised everyone by making a new disclosure after years. In a recent interview, Somi told how she fell in love with Salman after watching the film ‘Maine Pyaar Kiya’. She was losing her heart to Sallu Mian. After this the actor came to India from Miami to marry Salman Khan. The actress said that ‘When she was going to Nepal with Salman, I proposed to her seeing the opportunity. Said I love you very much. In response, Salman said that ‘I have a girlfriend’. On hearing this, Somi said ‘no problem’.

After about a year, the closeness between Salman and Somi started increasing. According to media reports, the relationship between Salman and Somi lasted from 1991 to 1999. After that both of them separated from each other. Explaining the reason for the breakup, Somi said that – ‘I had entered the Bollywood industry to be close to Salman but he cheated on me, after which I broke up with him and left India. Let us tell you, Somi Ali has appeared in important roles in films like ‘Yaar Gaddaar’, ‘Krishna Avatar’ and ‘Ant’ in her acting career.