Emraan Hashmi will start shooting for ‘Tiger 3’ from this week, will give competition to Salman Khan 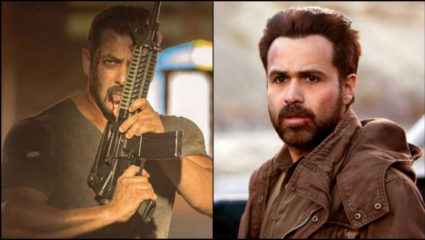 Emraan Hashmi will join Salman Khan on ‘Tiger 3’ sets this week: Actor Salman Khan is extensively shooting for his upcoming film ‘Tiger 3’. Recently, there was news in the media that ‘Shah Rukh Khan will shoot for ‘Tiger 3’ this month. SRK will be seen doing a cameo in this Sallu Mian film. In such a situation, another big news is coming out about ‘Tiger 3’. Not Shahrukh Khan but Emraan Hashmi is going to shoot some action scenes for the film.

A source close to the unit told ETimes that ‘Emraan Hashmi and Salman Khan will shoot some action sequences for the film. The scene will be shot on the SRPF ground set with the action directors. Interestingly, a few days back, Emraan had posted a picture on Twitter. In which he was seen showing his body. It was only after this that the actor indicated that he was all set to shoot for ‘Tiger 3’ with Salman Khan.

Let us tell you, apart from actor Emraan Hashmi, Katrina Kaif is also expected to join the sets of ‘Tiger 3’ soon. After completing the shooting of ‘Tiger 3’, Salman Khan is going to start work on his next project. According to the information received, the actor is expected to start shooting for the new film by the end of February 2022. This year in the pipeline are Salman’s ‘Kabhi Eid Kabhi Diwali’ with Pooja Hegde and ‘Kick 2’ with Jacqueline Fernandez. Apart from this, Salman will also be seen doing a cameo in Shah Rukh Khan starrer ‘Pathan’. Sallu Mian is also going to shoot this film very soon. He will also be seen playing an important role in Aamir Khan’s ‘Lal Singh Chaddha’.