Dheeraj Dhupar becomes the highest paid actor of TV industry, charges such a huge amount for an episode 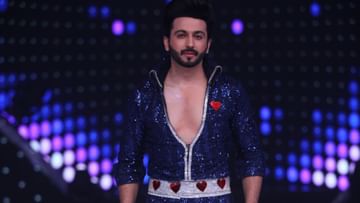 Let us tell you, Dheeraj Dhupar has been a part of the industry for a long time. Talking about personal life, he is married to Vinny Arora and has become the father of a son this year.

famous artist Dheeraj Dhupar Today, a well-known name in the TV industry, Dheeraj, who has made a name for himself by acting in shows like Sasural Simar Ka and Kundali Bhagya, has a strong fan following. He is currently winning the hearts of the audience as Rajkumar Yadav in the show Sherdil Shergil. Dheeraj has 4.5 million followers on Instagram, he is very active on social media and keeps sharing updates related to his life with his fans. You will be surprised to know that at this time Dheeraj Dhupar has become the highest paid actor of TV.

If media reports are to be believed, he has started charging Rs 1.5 to 2 lakh for 1 episode. Earlier, Ram Kapoor was paid a fee of Rs 1 lakh 25 thousand per episode and Gurmat Chowdhary used to charge Rs 85 thousand for re-marriage. But now Dheeraj has left both of them behind. He made his acting debut with the show ‘Maat Pita Ke Charan Mein Swarg’. Dheeraj has won many awards in his acting career including Gold Awards and Indian Television Academy Awards for Best Actor Male Pramukh.

Dheeraj is not happy with the label of TV actor

Where in today’s time every artist wants to work on OTT, Dheeraj Dhupar has expressed his opinion about this without any hesitation and said, “I am a part of the entertainment industry, I should not be kept only as a TV artist. “


Dheeraj wants to work on OTT as well

Talking about this, Dheeraj has further said that “I want to work in OTT shows and films as well, I do not want to be known only as a TV artist. Casting directors see our acting skills and talent, but as soon as they come to know that we are from television, their behavior changes. I want to explore every medium together. Many people believe that we are working in TV, so we cannot work anywhere else, but it is not so, we TV actors also work very hard.

Finance Minister Nirmala Sitharaman has said that now if PAN is not linked, 20% tax…