Crypto-mining malware in pirated copies of Spider-Man: No Way Home on torrent websites 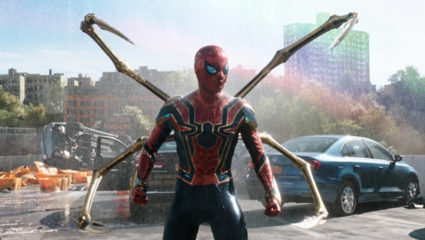 Spider Man: No Way Home has been a blockbuster in global theatres, bringing back the memories of many people’s favorite childhood superheroes. However, those who download the pirated copies of the new Marvel movie are not only getting memories, but the pirated copies come with cryptocurrency mining malware.

Cybersecurity researchers have warned that downloading a pirated copy of Spider-Man: No Way Home from a torrent website could be an invitation to a mining malware. According to the researchers, a cryptojacking malware by the name of the file “spiderman_net_putidomoi.torrent.exe”, is involved in many pirated copies shared on the internet.

Once the malware infects the system, it successfully hijacks the computing ability of the computer and redirects it to the mining of the privacy token Monero. In a blog, researchers at ReasonLabs state that the most likely source of this malware is a Russian torrenting website.

Since it is a cryptojacking malware, it does not attempt to steal information from the target computer. However, this significantly increases the CPU usage of the PC for cryptocurrency mining, thereby increasing the electricity bill. Researchers warn that the miner runs for a long time and gradually slows down infected computers.

Malware is not easy to detect. According to researchers, once malware infects a system. Researchers have warned people against downloading such content from illegal sources.

Share. Facebook Twitter Pinterest LinkedIn Tumblr Email
Previous ArticleIn the last 24 hours, 6,987 new cases of corona infection were reported in the country, 162 patients died.
Next Article After the release, the film ‘Atrangi Re’ got a big success, did this feat