Bollywood is not untouched by marital rape stories, these films show disgusting stories 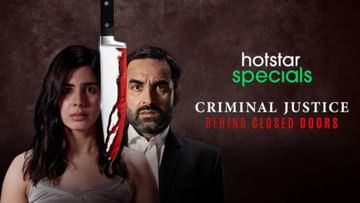 The Bollywood industry has so far made films on many big issues. One such case is of marital rape, on which many films and series have been made so far.

There is a lot of discussion in India at this time and that is marital rape. According to the Supreme Court, marital rape will now be included in rape. That is, if relations are made with him without the consent of the wife and during this time if she becomes pregnant then it will be considered as rape. Also that woman will have full right to get an abortion.

The story of marital rape has been shown in Priyanka Chopra’s film Saat Khoon Maaf. The actress played the character of Susana Na’s girl in the film. In which her third husband makes a relationship with her without her consent. But the society considers it the right of the husband. After which the actress kills her husband.

The web series Criminal Justice 2 is completely based on Mortal Rape. Kirti Kulhari, Pankaj Tripathi and Anupriya Goenka are important characters of this film. In the series, Kirti Kulhari is a victim of marital rape, who is arrested for the murder of her husband. This issue has been shown well in this series.

lipstick under my burqa

The film Lipstick Under My Burkha shows the mirror of truth to the society. The film’s lead actress Konkona Sen Sharma has been shown to be a victim of marital rape. Along with this, the issue of domestic violence has also been raised in the film.

Even in the film Parched, the dark truth of marital rape has been shown with great detail. Radhika Apte, Surveen Chawla and Sayani Gupta are in important roles in the film. The issue of domestic violence and child marriage has also been raised in this film.

The 2013 film Akash Vani depicts the story of a girl who marries against the family and later becomes a victim of marital rape. When the actress raises her voice against this, she does not mix with anyone. Nushrat Bharucha is in the lead role in the film.