Bobby Darling’s spilled pain, said- ‘I am gay or transgender…’ 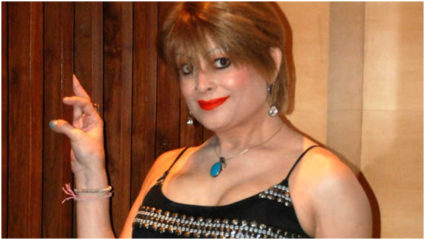 Bobby Darling’s spilled pain, said- ‘I am gay or transgender…’: Bobby Darling has appeared in many Bollywood movies and TV shows. But for a long time she has been missing from the entertainment industry. Where is Bobby Darling and what is he doing now? Nobody knows. Meanwhile, an interview of Bobby Darling is becoming increasingly viral on social media. In this she is saying that ‘she is not transgender’. In a conversation with ETimes, he said that ‘people did many things behind me. I had to face many problems regarding my gender.

Actress Bobby Darling further said that I am gay or transgender. People need to please understand that I am not either. People look at me differently when I step out of the house. He doesn’t consider me like himself. Due to this I have to face a lot of problems. People laugh behind my back. Well I don’t mind it but they are wrong.

Bobby Darling further said about working in films or TV- ‘My screen image has been painted as gay. This is the reason why I am away from the screen for a long time. Talking about married life and divorce, Bobby Darling said that ‘We are not divorced yet. We see each other in court and talk through our lawyers, nothing more. I don’t want to get married again, though I don’t mind a live-in relationship.

Share. Facebook Twitter Pinterest LinkedIn Tumblr Email
Previous ArticleIs violence and crime growing in all of our homes?
Next Article Actor Rohit Roy’s disclosure about Prem Chopra and his wife’s health, said- ‘They are being taken care of…’