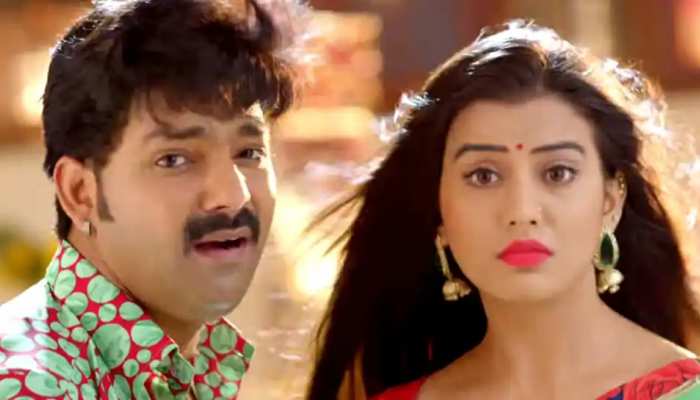 Even today these two artists are hits from films to music videos. The chemistry of both is very much liked by the fans of the stars. It is worth noting that these two actors no longer work together but their pair is very popular in Bhojpuri cinema world. Meanwhile, an old song of Akshara Singh and Pawan Singh is on social media. It is becoming increasingly viral. This romantic dance video of them is rocking the internet.

This song ‘Bhar Jata Dhodi Mor Sweat Se’ is making a lot of noise on social media these days. Hot chemistry is being seen between Akshara Singh and Pawan Singh in this song. The actress has set fire with her style in a green color saree. Even after years of its release, this song is on the lips of the fans.

Talking about the present, both these actors are busy in their respective lives. Akshara Singh was recently seen in the Bhojpuri version of the Hindi song ‘Pani-Pani’ with Khesari Lal Yadav and Badshah. This song of his has proved to be a super hit. Talking about Pawan Singh, he is ready to rock the big screen with many films in the year 2022.