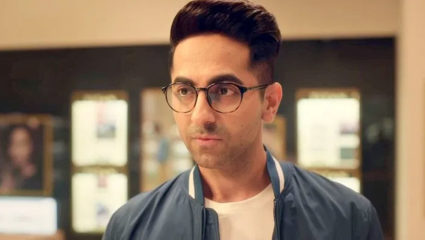 MumbaiBollywood star Ayushmann Khurrana is constantly on the path of doing offbeat films. He is today called the poster boy of content cinema in India and has also been listed among the ‘Most Influential People in the World’ by the prestigious Time magazine for his remarkable work in supporting taboo subjects.

Now in Chandigarh Kare Aashiqui, she has supported a film raising the topic of mainstreaming the transgender community in India. The versatile actor says progressive films can only be made in an open-minded society and is happy with the way his socially entertaining films are being accepted in India.

Ayushmann says, “Progressive films can only be made in a progressive society. The kind of response Chandigarh Kare Aashiqui is getting, it is evident that people want to see more and more stirring content. I am thankful to people that they have open-mindedly accepted the love story of a cis-hat man and a trans-woman in Shubh Mangal Zyada Saavdhan and a gay couple in Chandigarh Kare Aashiqui.

He further added, “I have always believed that cinema can play a vital role in building a better society and I hope such films have contributed in bringing about a change. I have made a small contribution in creating and maintaining the spirit of equality among our countrymen. I would attribute this to my visionary filmmakers and scriptwriters as it is their vision that has driven the winds of change. ,

Ayushmann adds, “When we decided to make Chandigarh Kare Aashiqui, our aim was to start an urgent conversation on inclusivity and equality in India. It is amazing to see that the film has captivated the nation and is giving a powerful message along with entertaining the masses. This shows that they understand the need for gender equality and inclusivity.”

Mumbai’s Dharavi redevelopment project has finally been bagged by the Gautam Adani Group. He…

According to the notification issued by the National Health Mission, Madhya Pradesh, recruitment will…