Allu Arjun revealed after the release of ‘Pushpa’, said- ‘Films of different languages ​​reached India on the strength of OTT…’ 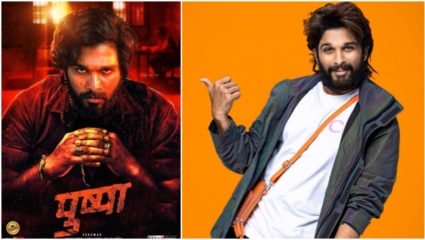 Allu Arjun revealed after the release of ‘Pushpa’, said- ‘Films of different languages ​​reached India on the strength of OTT…’: The cinema of this year went beyond its traditional audience and reached all over India. Shows like ‘Minal Murali’, ‘Pushpa’, ‘Joji’, ‘Aranyak’ and ‘Family Man 2’ received massive acclaim. Although the culture of exchanging cinematic works across the country is not new but earlier it was limited to remakes only. Ahead of the December 16 release of his multilingual film ‘Pushpa’, Telugu star Allu Arjun had said that in the 2000s there was a clear division in the cinema of North India in the cinema of South India which is now slowly fading.

He told reporters in Mumbai, “In some time this gap will disappear to such an extent that you will not even know where the film has come from. I want to make my every creation pan-India. Language is no longer a barrier in cinema.” Arjun has caught the right vein and the proof is the income from his film. Released in Telugu, Tamil, Malayalam, Kannada and Hindi languages, his film has earned Rs 275 crore in 11 days and out of this, Rs 39.95 crore has earned from Hindi market alone. Apart from ‘Pushpa’, Fahad Faasil’s ‘Joji’ was also well-liked outside Kerala. Apart from this, his ‘Malik’ also released on Amazon Prime Video.

South stars Kamal Haasan, Akkineni Nagarjuna, Prithviraj Sukumaran and Kichcha Sudeep joined hands with filmmaker Reliance Entertainment to release ’83’ in Tamil, Telugu, Malayalam and Kannada. Malayalam star Mohanlal said that cultural exchange is like a boon. “It’s like a great campaign,” he says. People know each other and can bring films together.” Director SS Rajamouli, whose film ‘Baahubali’ was a hit across India, says, “A film for all of India means a story and emotion. Which goes beyond language and connects people to each other.

Kamal Gianchandani, CEO, PVR Pictures, says, “If there is a film like ‘Baahubali’ every year, I don’t think this business will ever have to look back.” The step was taken by his father-in-law Rajinikanth. (Language)