After the doctor, now actress Kirti Kulhari will play the role of police, announced her upcoming film “Heroine” through Instagram 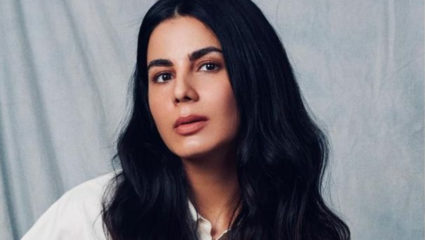 The actress has shared three photos related to her film on Instagram, as well as wrote about her character. It can be guessed from the pictures that she is going to play the role of a cop in her upcoming film Nayika. At the same time, he wrote in his caption that, “New beginning of the new year, today started shooting for a new feature film.”

According to the posted photo, Ajaykiran Nair has written the script of this film. However, only these things related to this film have been known from Kirti Kulhari. Kirti Kulhari is all set to release her upcoming web series “Human”, which will release on January 14 on Disney Plus Hotstar. Directed by Vipul Amrutlal Shah and Mozez Singh.

It is worth mentioning that Kirti Kulhari is known for her superb acting. Kirti has worked in many big successful and hit films and with big artists. In which Mission Mangal where she shared the screen with Bollywood player Akshay Kumar, Vicky Kaushal in Uri – The Surgical Strike, has also worked with Bollywood megastar Amitabh Bachchan and actress Taapsee Pannu in the film Pink.

Share. Facebook Twitter Pinterest LinkedIn Tumblr Email
Previous ArticleNearly 31,000 complaints of crime against women were received in 2021, half from UP alone: ​​NCW
Next Article WhatsApp shuts down over 17.5 lakh Indian accounts in November 2021: Compliance report