Actor Mihir Das passes away at 63 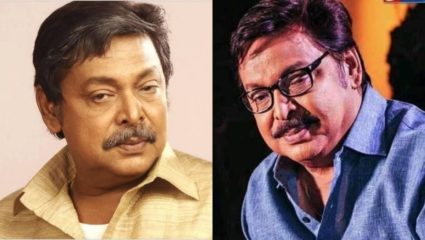 Mumbai : Odia veteran actor Mihir Das passed away on Tuesday at a hospital in Cuttack. His family gave this information. He was 63 years old. Mihir Das was suffering from kidney ailment for several years and was admitted to a private hospital on 9 December last year and was on ventilator support. Born on February 11, 1959, in the Mayurbhanj district of the state, Mihir Das made his acting debut with the art film ‘School Master’ and first acted in a commercial film ‘Mathura Bijay’ in 1979.

The versatile actor won the Best Actor award from the state government for his performances in ‘Lakshmi Pratima’ (1998) and ‘Pheriya Mo Suna Bhauni’ (2005). Das won the Best Comedian Award for his role in ‘Mu Tate Luv Karuchi’ (2007). His colleague Bapu Lenka said that his performance in ‘Pua Mora Bholashankar’ will always be remembered. He was a popular anchor hosting the reality show ‘Ashara Alok’.

A fine human being and a household name in Odisha, his performances won million hearts. An elder brother to me, Shri Mihir’s passing away is a personal loss. Condolences to his family and admirers. pic.twitter.com/F4oqQbIdUp

The actor also tried his luck in politics

The actor had also tried his luck in politics. In the year 2014, he had joined the ruling Biju Janata Dal. But, later left the party. He joined BJP in 2019. Governor Ganeshi Lal, his Andhra Pradesh counterpart B. B. Harichandan, Chief Minister Naveen Patnaik, Union Minister Dharmendra Pradhan, OPCC President Niranjan Patnaik, BJP state chief Samir Mohanty and people from various walks of life condoled the demise of the popular actor.

Naveen Patnaik tweeted, “Saddened by the demise of veteran actor Mihir Das. He left an indelible mark in the art world of Odisha. It is an irreparable loss to the Odia cine world. My condolences and prayers are with the bereaved family.” BJP National Vice President Baijayant Panda said in a Twitter post, “I am very disappointed to hear this news. It is the end of an era. Mihir Das was a household name in Odisha and was known for his sharp acting skills. I express my deepest condolences to the bereaved family.” (agency)

There will be tremendous dance performance of Siddharth-Kiara in music ceremony, family will dance on these Bollywood songs

Bigg Boss 16: Karan Johar is hosting this weekend’s episode of Bigg Boss 16. In…