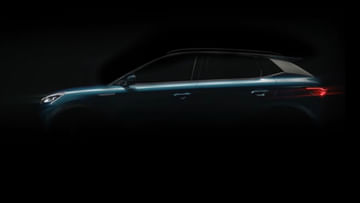 BYD has released the second teaser of Atto 3 from its social media handle. In this, the exterior and DRLs of the upcoming electric SUV are seen. The BYD Atto 3 electric SUV will be launched in India on October 11, which will be the second car from the BYD Atto 3 company in India after the BYD e6.

Chinese electric vehicle company Build Your Dreams (BYD) is all set to do something big in India’s electric car segment. The company will launch a new electric SUV BYD Atto 3 in the country on October 11. The company has once again released the teaser of BYD Atto 3. Before BYD Atto 3, the world’s largest electric car company BYD is selling India’s only electric MPV e6. According to reports, the BYD Atto 3 has a range of 420 km on a single charge in the global market. Let’s see its features and range.

The second teaser of the Atto 3 released by BYD on social media shows a light glimpse of the exteriors of the new SUV. The upcoming electric SUV could be 4.4 meters long, which will compete with the Hyundai Kona EV. The BYD Atto 3 can expect a wheelbase of 2.72 meters, which puts it in the league of Kia Seltos, Hyundai Creta and Nissan Kicks.

Indian automobile industry has made a big leap, bumper sales of vehicles will be done in the festive season

From this festive season Maruti to these vehicles are giving knock, know what is the specialty

If these rules are not followed then the government will confiscate your old car.